1
How I Keep My Dance Body Sunday
2
3
My Pregnant Dance Body Testing for Gestational Diabetes
Jan 28 2014
Browse archives for January 28, 2014 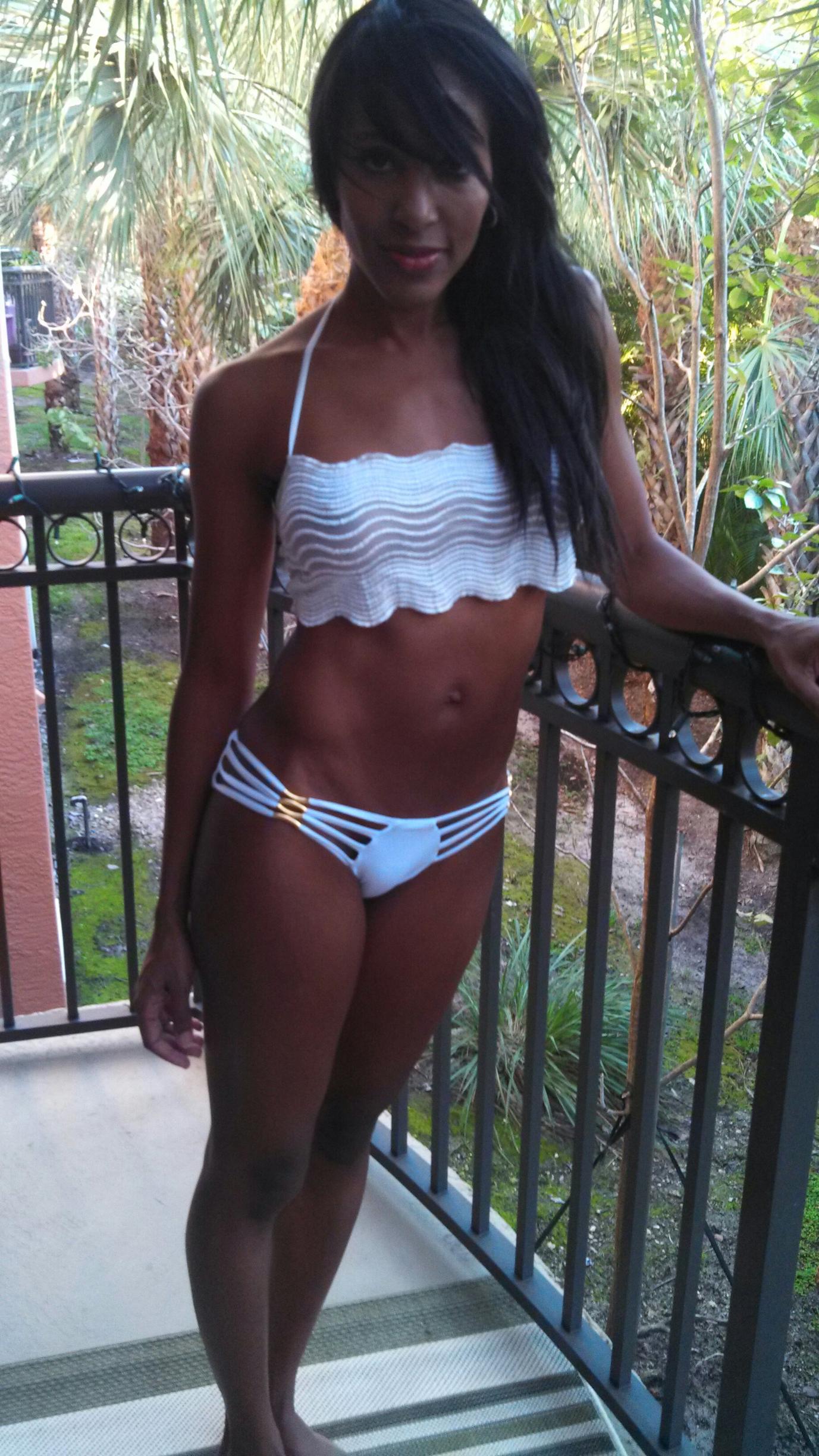 7:30 am – I woke up before baby and hubby.  Well baby was still asleep and hubby laid in bed awake. I always do My Dance Body Ballet Mechanics 15 movements in front of our full length mirror in the bedroom.  I pretty much know every crevice and crack on my body. This way if there’s any new developments I can take care of it right away. I love to do it early. It makes me feel long and tall & it keeps me looking like a dancer.

8:15 am – We are all up and getting ready for breakfast.  I have a green smoothie with a banana, organic apple, organic strawberries, organic baby spinach and water.

9:30 am- by this time I’m starting to feel hungry so I have some multi-grain cheerios with skim milk and a hard boiled egg.

12 noon – Hubby and I decide that we will go out for lunch.  The baby was still napping so I nibble on a few pistachios to tide me over and so that I don’t overeat at the restaurant.

1:30 pm – We are finally at the restaurant.  We love to sit on the water and watch all the jet skiers go by, yachts etc.  There’s always a lot of action going on.   I sip on a champagne while I figure out what I’ll eat.  I tweeted out that I had a cheat cheese burger from 5 Guys on Friday but I did do My Dance Body dance treadmill workout the next day.  But then again it is a gorgeous Sunday in South Florida and we are at the water….well this is how you cheat without really cheating.

Very quickly in my head I think I started out good with a green smoothie roughly 200 calories, cereal and an egg roughly 250 calories, 25 pistachios I already know is about 100 calories – total 450 calories.  I’ve already had 2 hits of champagne roughly 80 calories each.  The total so far is roughly 630 calories and the time is going on to 2 pm.

I hate counting calories but I believe that you should know the nutrition content in food and you should roughly know the weight of food (like how many ounces are in the salmon) so you can sit at a gorgeous restaurant with a gorgeous view with your gorgeous husband and kids and they have no idea that while you are engaged in fabulous conversation you can roughly know how many calories and ounces are in the item that you have in front of you.

I decide on the smoked salmon with toast points.  Tastes so good. I guessed about 6 oz of salmon about 200 calories and the toast points that I actually ate were about 40 calories.  I round everything off with one more bubbly 80 calories before we get the cheque.

3 pm – We are driving to Babies R Us and we get a few things.  Then we take lil Jr to the park.  There’s a merry go round which he loves and we went in the little science centre which was pretty fascinating.

5 pm – We are at home settling in and I want our dinner done and out of the way before 8 pm when all my TV shows come on.  Hubby locks himself in his man cave because he can’t stand my shows.  Whatever.

6:30 pm – We have dinner.  We each have a 10 oz rib eye steak which neither of us finish with a huge salad, lettuce, tomato, onions, red and green peppers.  I would say that I ate about 500 calories worth of dinner.

7:10 pm – We all lay full on the couch.  It was such a beautiful Sunday. I would say I ate roughly 1450 calories.  I exercised early morning and did a little bit of walking around at the park.  I think I ate pretty good without having to sacrifice much and I kept it all within a proper amount of calories for my body.  Some days I eat cleaner and some days I have a little fun.

Corporations are just chomping at the bit to come up with the latest thing to keep us obsessed and obese.  Why do we eat?  Because it tastes good.  Some people have very rich palates.  A burger with two meat patties, double the cheese because one slice goes undetected, bacon, mayo, BBQ sauce, oh and hey throw a few lettuce leaves on for good measure equals a very rich palate!

A new flavor called umami was born in 1908 by Kikunae Ikeda, a professor of the Tokyo Imperial University.  Umami is now one of the 5 basic tastes; sweet, sour, salty, bitter and umami.  It’s a savory taste, brothy or meaty, long lasting and mouth watering.  Food examples that are rich in umami are shellfish, cured meats, mushrooms, ripe tomatoes, cheeses, soy sauce the list goes on.  It’s present in human breast milk.  This umami taste is basically Monosodium Glutamate or MSG.  MSG is present and re-occurring in natural foods that we eat.  But this blog isn’t about the effects of MSG which debate goes on for days; it’s about taste and how corporations use it against us.  Since this new flavor was added to the basic tastes researchers are all vying to come up with the 6th, 7th and even 8th new basic taste.  And believe that they will mix anything together just to be the one.  So where does that leave us?  Susceptible to whatever crap gets mad science-labbed together.

They have also discovered that taste buds are not only on our tongue but also on the roof of the mouth, in our pharynx even in our stomach.  They concluded that in addition to where we taste food, our perception of touch, smell receptors, color and indications of temperature play a role which are very important roles on the eating behaviors and buying behaviors of the consumer.

Ever wonder why fast food chicken salads tastes better then the one you make at home?  It’s because they inject the chicken with a sugar/salt mixture of sorts.  Sugar and salt mixtures are a fabulous mix that keeps the taste buds wanting more and the brain not knowing when to say that it’s had enough.  That’s why you can’t just eat one potato chip or pretzel.  And when you cover the pretzel with yogurt or chocolate…. instant obsession.

The problem is that sugar begets sugar.  When your body gets vitamins and minerals from food it uses it in small steady amounts to boost the immune system, support normal growth and development and help cells and organs do their job.  Foods that are void of nutrition, your body will look for the vitamins and minerals, realize it didn’t get any and then signal your brain to eat again.  Hence the definition of empty calories.  Pair that with a rich palate of carby, sugary junk you end up in a vicious cycle of unhealthy eating and an unhealthy obsession of the same processed foods.  Point corporation.

We just have to learn to go back to the basics.  Try not to eat packaged or fast food.  Instead of a Big Mac go for a Big Mac in a bowl that you make at home without the bread.  When you mix carbohydrates and high fat in the same meal it’s a huge recipe for disaster to our waistline:

Big Mac in a Bowl:

Recipe for Big Mac in a Bowl is courtesy of mydancebody.com

I was pregnant at an advanced maternal age therefore the doctors take 100% caution.  For my first blood glucose test I had to drink a soda-like drink that equaled 100% on the glycemic index.  It was pure glucose.  She took my blood and it came back exactly on the borderline of me being diabetic; 130.  This was quite shocking for me since I am a healthy eater and when I did go off track I would have protein, furthermore, whatever carbs I was eating were 100% whole wheat and always with protein and a healthy fat.  Plus I had gained 25 lbs at the time I did the test at 37 weeks pregnant.

This meant now that I had to do the advance blood glucose testing a couple of weeks later.  I had to drink another mixture of a soda-like drink but this time it was thicker and sweeter and much more gross.  I was instructed to fast the night before and I had to go in early in the morning where they drew the first vile of blood.  Exactly after one hour they drew another vile of blood.  After the second hour they drew a third vile of blood and then a fourth vile of blood after the third hour.  I thought I would pass out and die.  I was so weak, it was the worst feeling ever.  As soon as they released me I ate a protein bar and had some water and instantly I was back to normal.

The nurse was unsure of why my very first one hour test was borderline but I was happy that I was fine.  Either way keeping a healthy diet and a regular exercise plan can help steer you away from diabetes, and if you’re pregnant a healthy diet plus a regular exercise plan that is approved from your doctor can help keep gestational diabetes at bay.

For more information on diet and exercise go to www.mydancebody.com